The theme of the UN World Meteorological Day on 23rd of March this year is the ocean, our climate and weather. Until recently, the topic of climate change was always high on the public agenda. Currently, the Corona pandemic is understandably dominating the media landscape. But climate change will be a central and perhaps even the most important issue of the future globally. Therefore, we would like to use this day to focus on our Prognoses & Data Analytics team. 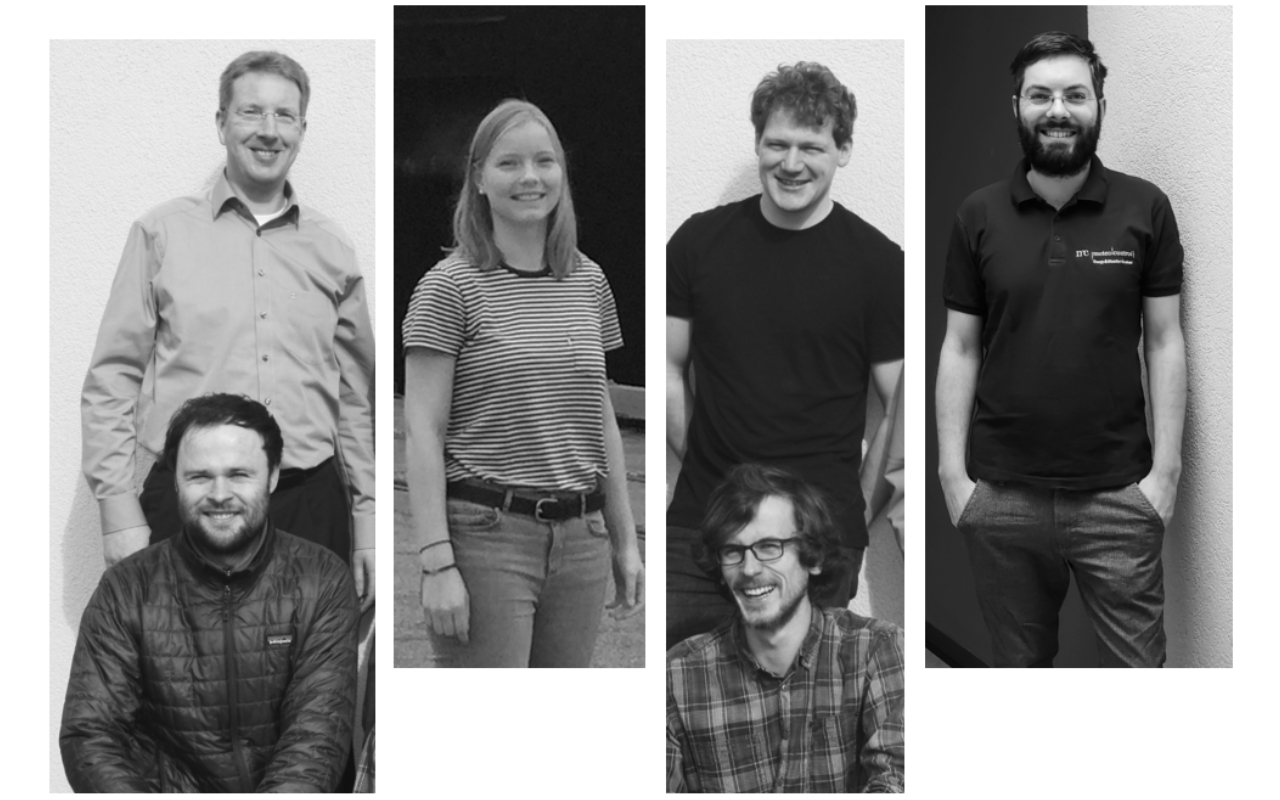 At meteocontrol, a highly motivated team develops detailed and reliable solar power forecasts every day. This data is used to support the continuous expansion of renewable energies in order to reliably plan the electricity generation. On the occasion of World Meteorological Day, we would like to take the opportunity to give an insight into the minds that work on these important forecasts at our company. Which team calculates with incredible amounts of data in order to continuously deliver accurate results?

Dr. Christian Kurz studied meteorology at LMU Munich: "Under the mistaken assumption that it had something to do with weather, I had to learn the hard way that it was essentially about mathematics and physics." At the German Aerospace Centre (DLR), he worked on the influence of air traffic on our climate. The influence of carbon dioxide emissions from aircraft had been known for some time. But they also emit nitrogen oxides and can form condensation trails - the question of climate influence was actually the first step towards "forecasts" in the sense of how we will influence the climate in the future. Climate research does not actually provide forecasts, but rather designs "scenarios", Christian emphasises.

He has been working at meteocontrol since 2007 and heads the Prognoses & Data Analytics department. In the process, he was able to build up the "Energy Meteorology" division: "This allows me to combine the two important areas of "meteorology" and "energy economics". I would not have been that interested in the pure weather forecast. That's what media meteorologists are for, trained to deal with radio and television." He is passionate about creating energy forecasts and thus promoting the further expansion of clean energy.

Niklas Riewald grew up on Lake Constance and spent a lot of free time on and around the lake at the windsurfing school in Wasserburg. So he developed a great personal interest in wind forecasts early on: "If the forecasted storm turned out to be a lukewarm breeze, I was disappointed." One reason for him to now develop ever better forecasts for solar power generation at meteocontrol. In his computer science bachelor's thesis, he already investigated how solar power forecasts from different sources can be optimally combined and has been part of the team for many years.

In his computer science studies, Jürgen Schuck was fascinated by how versatile pattern recognition through Machine Learning can be used in various applications: "Forecasting in the context of renewable energy production represents a very interesting use case, not least due to the large data pool of the various weather models." For his Master thesis he conducted research in the field of autonomous driving: "From a scientific point of view, my work was exciting and I acquired a lot of know-how in the field of Machine Learning. From an application point of view, I feel my current tasks in the field of solar power forecasting are more meaningful."

Dr. Severin Kaspar concentrated on climate, hydrology and geoinformatics in his geography studies. For his diploma, the focus was on the influences of climate change on the important Figeh Spring near Damascus. Future climatic changes in the Alpine region were the subject of his doctorate. The topic of water, global interactions and the concrete influence of climate change have thus accompanied him for a long time.

François Lux studied geosciences, did a bachelor's degree in computer science and a master's degree in geophysics. He has always been fascinated by the topic of energy and the questions it raises: "Many, if not all, of mankind's problems can ultimately be traced back to the topic of "energy" and possibly solved by it at some point."

Julia Menken is a brand new member of the team. The meteorologist discovered her passion for mathematics and physics at school. She finds it a magical moment when mathematical formulas can be used to predict real events and develop models. Her master's thesis focused on the prediction of humidity and its impact on weather in the tropics. Now she has moved from Hamburg to Augsburg to contribute her knowledge to the Prognoses & Data Analytics team at meteocontrol.

Aspects on the topic of forecasting
During his studies, Christian worked on atmospheric chemistry and studied how humans influence the composition of the atmosphere. At the DLR, he focused on models that simulated the spread of trace substances in the atmosphere: "One of the first episodes I calculated was Chernobyl in April/May 1986. Seeing how badly southern Germany in particular was affected by the radioactive cloud was really frightening." That was a first reason for him to get more involved with renewable energies. A second reason orginated from his private environment, because in his circle of friends at the time the basic tenor was "renewable energies will never contribute to the electricity supply because they cannot be planned". Christian, as a meteorologist, had an different opinion about "unplannable and unpredictable".

The reservations against solar energy have been steadily reduced. Christian says that the German grid operators had already foreseen this. As early as 2008, when just 6 GW of PV had been installed in Germany, E.ON Transportnetz (operator of the extra-high voltage power grid, now Tennet) approached meteocontrol and predicted: "Solar energy will have an important share in the power supply in Germany. Not yet today, maybe not even in 5 years. But it will come. Let's plan for it together now." That was the beginning of the forecasting department. In the meantime, around 50 GW have been installed in Germany and (also) thanks to meteocontrol's forecasts, solar power has been successfully and safely integrated into the power grids and the electricity market.

Severin explains that in his original area of expertise, climate research, one does not speak of forecasts but rather of scenarios, but the methods required and used are very similar. He finds it exciting to be able to identify and classify short-term weather or long-term climate change at an early stage and is excited about the challenge of providing a solid, high-quality database for decision-makers.

Niklas describes why there is no predefined ideal solution when it comes to data collection for solar power forecasts. Depending on the weather situation/season and location, the forecasts have to be weighted differently. The forecast system must be permanently updated and learn from mistakes in order to avoid them in the future: "In six years at meteocontrol, I have worked on how our forecasts continuously improve. On the one hand by improving our learning algorithms, but above all by adding more data: More weather models, longer time periods and more and more data from our growing network of data loggers."

Machine learning methods and their practical application
As a meteorologist, Christian learned to describe and model processes in the atmosphere with formulas during his studies. In his work at meteocontrol, however, he encounters effects that cannot be modelled in any meaningful way. Instead, he has plenty of measurement data from which he can learn the desired effects. For example, if there is snow on a PV system, the modules do not produce any electricity. Even if the sun is shining. It is impossible to predict when the snow will melt or slide off a particular module. "But we have the measured values of 50,000 plants from our monitoring and can thus deduce what is likely to happen on average. That was a big challenge for me at the beginning because a mathematical model told me what the results would be, but not why..."

"Mastering this data jungle is quite a challenge" Niklas describes.

Every day, billions of historical data points have to be analysed: "Making our system scalable and introducing new technologies to better deal with this flood of data is a very satisfying job where I am constantly learning."

Exciting developments in forecasting and data models
François' first task as a working student at meteocontrol was to develop and train a model that improves solar power forecasts for snow on PV systems. The model he designed is now in productive use and he was able to further develop the improved version and write his thesis about it.

The new model is based on 33 million 997 thousand and 65 individual data points. The folder for this project on his laptop contains 56 gigabytes. François was fascinated right from the start by the huge amount of data he had to deal with: "That you can discover certain patterns in these many gigabytes of 1s and 0s and that you can find the answer to many questions by clever arrangement."

In computer science, the sub-field of artificial intelligence fascinated him: "How can I actually use these huge amounts of data to learn something useful from it all by myself? Faster than a human could, and without having to study for years to understand what's actually in the data." In the field of snow correction models, for example, there is scientific work based on 2-3 PV systems and a few years. With the amount of data from meteocontrol, there are completely different possibilities. He finds it exciting how far forecasts can be improved using this data and machine learning models.

"Machine learning models are only as good as the data on which they have been trained, everything depends on the quality of the data, and even good models have disadvantages," François emphasises.

Water as the origin of life, the basis of the oceans and weather phenomena
As a central element, water is the basis for our everyday work Christian describes: "We make predictions of radiation, and for that we need predictions of cloud cover. As they consist of water we are predicting the water content in our atmosphere."

Jürgen adds: "Yes, water is life. We should use this resource sparingly and thoughtfully and make sure that all people in this world have a reliable source of water. Since we live and work in Augsburg, it is of course also something special that Augsburg even holds the Unesco World Heritage title as a city of water." Water is of central importance to all mankind and man's influence on the quantity and quality of water is indisputable.

On a research vessel, Julia travelled from Vancouver to Singapore in 2019 and spent a particularly intense time on the Pacific Ocean. While there, she used a special automated camera to try to determine cloud bases. She compared the results of aerosol measurements with satellite data. She found the cooperation with different disciplines exciting - for example, plastic deposits in the ocean and the formation of garbage patches were studied. This experience has sharpened her awareness of the human impact on our environment. Thus, her decision matured to work professionally in the field of renewable energy for a livable future on our planet.

"It is absolutely clear, we humans influence the atmosphere. This has a global impact" Christian emphasises. In order to limit the effects of climate change, global cooperation and concrete measures are actually needed. "Currently, however, there is an increasing trend towards national go-it-alone measures to protect purely national interests. This has to change." Days like World Meteorological Day, with its focus on oceans, climate and weather, show that global issues are at stake, where borders do not matter.