In our blog, we want to highlight future-relevant topics in the areas of pv monitoring and control systems, solar and renewable energies. This platform is intended to give an idea of new possibilities and developments and to offer the opportunity for stimulation and discussion.

Get an insight-perspective into our daily work and get to know the people working at meteocontrol. We also want to provide a platform for experts from different fields to present their views and use the blog as a forum for an exchange on relevant topics. Enjoy reading and browsing through our blog offer that will grow continuously. We are happy about your interest and participation.

Heat alert: What do you need to consider in photovoltaic projects?

Read this article to understand how investors, planners, and operators can adjust to heat waves, such as this. We will also make some suggestions to help you determine the relevance of heat damage for the operation of PV systems.

This article thus includes empirical values provided by Andreas Kern, a technical consultant with meteocontrol GmbH, coupled with analysis from the meteocontrol monitoring system data pool which is connected to over 55,000 PV systems worldwide.

How often do inverters fail due to heat?

If an inverter becomes too hot, it usually switches itself off or reduces its power to such an extent that the increased ambient temperature does not harm it. This is known as temperature derating.

The example from the data pool starts one step before. It considers a specific warning message from certain string inverters. They report that an inverter is overheating before its power is reduced. We analysed 23,000 inverters across Germany, installed on around 1,300 PV systems, which can transmit this error.

The table shows the average number of inverters per day (of 23,000 inverters) that have reported that an inverter is overheating.

Overheating warnings become more frequent as the average temperature increases. However, we have not tested whether this is a statistically significant relationship. In June 2022, the number of overheating warnings was 0.038 % of the inverters connected. The percentage of actual failures is lower. Reasons for overheating may be

The number of possible causes further reduces the percentage of weather-related factors.

Analysing the data pool confirms the empirical value that inverters can generally withstand periods of heat – if the installation site is suitable. Further proof of the heat resistance of inverters is the fact that photovoltaic systems operate successfully in southern Europe and even in desert regions. However, overheating reports should nonetheless be taken seriously to ensure that no yields are lost and that the life of the equipment is not shortened.

Does the module efficiency drop significantly during heat waves?

A temperature rise of three degrees Celsius lowers the efficiency of PV modules by an average of one percent. As a result, the efficiency of the modules is several percent lower during the summer than in wintertime, although solar radiation is times higher in the summer. Accordingly, the losses from reduced efficiency are more than offset by the additional yields. Sunny heat waves are positive on the yield side.

What needs to be considered when planning a system?

A suitable installation site for the inverter needs to be found when planning PV projects. Smaller PV systems in the private sector are more likely to have less considered installation sites. For instance, an inverter fitted to a south-facing wall or a battery storage unit with no shading will inevitably lead to overheating. But planning mistakes can also occur with commercial photovoltaic systems when inverters are mounted on roofs or at the edge of a row of modules without shading, and are thus at least temporarily exposed to direct sunlight.

There needs to be some shading to ensure that the inverter is installed in a cool place and the manufacturer's requirements and corresponding standards must be implemented. This includes distances from walls and between multiple units. When investing in a PV system, it needs to be checked whether the inverters have been installed in accordance with good professional practice when reviewing the planning documents and, at the latest, during handover by PV experts.

When selecting modules, dust-resistant coatings can also be taken into account, if appropriate modules are available. Theoretically, you could also consider the temperature coefficient when selecting modules. This figure is specified on the module data sheets. In practice, the differences between the temperature coefficients are minimal, as crystalline silicon PV modules are almost exclusively installed. In the past, there was greater freedom in terms of module selection when there was significant widespread use of other types of cells, such as cadmium telluride. Given the current material supply bottlenecks, minor adjustment of module parameters is hardly feasible in any case, as customers essentially have to take what is available.

What needs to be considered in terms of operation?

If an inverter fails due to heat, first check the ventilation on site. For instance, provision will have to be made for shading if an inspection determines that an inverter has no shading.

Power losses due to temperature derating are more difficult to detect if the inverter reduces its power due to the heat. Lower performance is harder to determine by monitoring if the yield is below the target level. Temperature derating can be clearly diagnosed by analysing output characteristics.

Existing damage to the cells of photovoltaic modules is exacerbated more quickly at high temperatures. Accordingly, preventative measures become more relevant as the temperature increases, as they could prevent shading due to growth on the surface or dirty modules at an early stage. Thermal imaging is able to detect spot shading, hot spots or micro-fractures.

Heat waves are associated with drought. This creates more dust at some sites, which can then accumulate on the modules. Module self-cleaning also decreases with the absence of rain. The need to clean modules could increase in Germany to the current level in Spain. Some 2-3 percent of the energy is lost due to dirt, which is why operators clean the modules once or twice a year. In most cases, natural rain is still enough to clean modules in Germany, as only about 1 percent of the energy is lost.

Photovoltaic systems can still be operated reliably even with increasing heat waves with careful planning of the system, proper installation and professional maintenance. Inspection monitoring processes should include heat-related sources of failure. However, if heat-related failures occur, the cause needs to be quickly identified and rectified to avoid lower yields as well as technical damage. 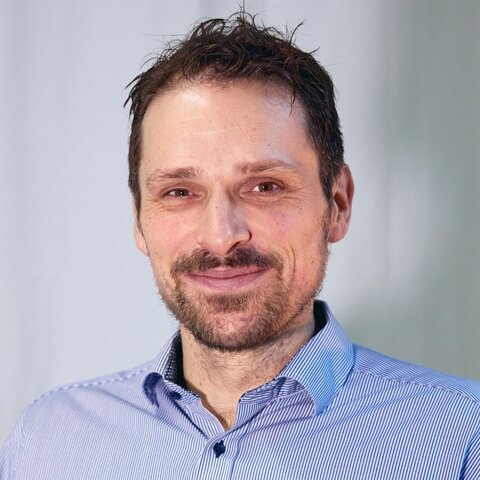 The author Kilian Rüfer is an energy blogger and writes about the energy transition, sustainable finance and climate communication.